Coronavirus updates: For Updates on MTA service plans and what we are doing to keep you safe, visit our coronavirus hub.

Be Prepared for Street Closures & Entrance/Exit Closures at Penn 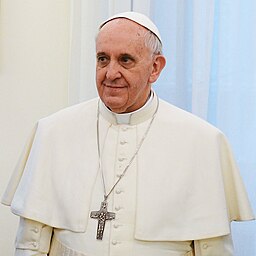 However, customers should keep the following factors in mind when planning their commute:

Extra Trains
The LIRR will operate eight extra westbound trains to Penn Station on Friday, including three leaving Babylon at 12:20 PM, 12:43 PM and 1:20 PM; two departing Huntington at 12:19 PM and 1:19 PM; one leaving Hicksville at 1:07 PM; and two departing Ronkonkoma at 12:40 PM and 1:40 PM. Extra eastbound trains will be on standby at Penn Station to carry travelers back to Long Island on Friday night at the conclusion of the Papal Mass. Customers taking the LIRR to papal events should buy Round-Trip train tickets and MetroCards in advance at outlying stations, allow extra travel time and expect some crowding.

Taxi Stand Relocated
The Taxi Stand on Seventh Avenue, in front of Madison Square Garden, will be relocated due to street closures.

Prior to the Pope’s visit, travelers are encouraged to check news and traffic reports, and sign up for text/email alerts about changing transit conditions.
You can sign up for LIRR alerts at www.mymtaalerts.com